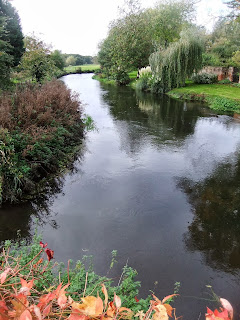 We walked from Fordwich village along the side of the river Stour (isn't it lovely?) to the "highly attractive" Reed Pond (according to the directions) ...which currently is infested with toxic algae and not that attractive after all. Lots of invisible birds in the treetops but only one item of wildlife to be seen... 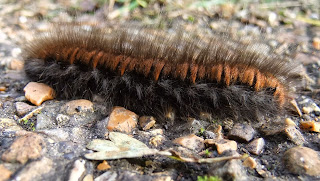 The walk passes through Ministry of Defence land which explains this sign - haven't seen one of these before! I didn't stop for long, honest officer.

The picture below shows the contrast between the public land - the side I'm standing on - and the other bank of the river which is somebody's garden. Gorgeous! 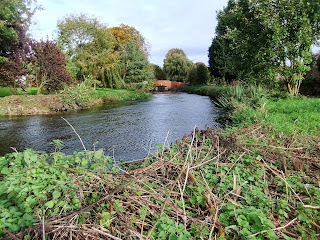 We then strolled around the village - which apparently is a town. 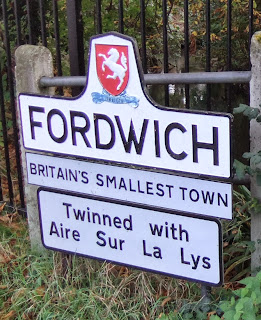 A VERY small town, two pubs and a decommissioned church and fabulous architecture.

We had a drink in the George and Dragon, our table started life as a huge bellows, presumably from a blacksmith. Isn't it great? 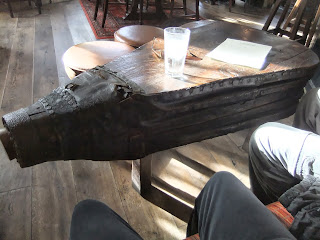 The town sign shows the legendary Fordwich trout which was known to Izaak Walton who wrote the Compleat Angler in 1653, I'm guessing the fish is long gone :-) 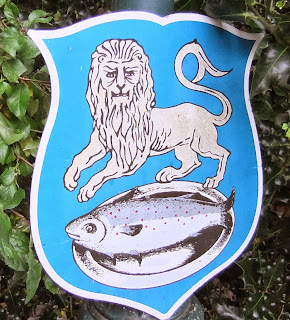 One of many fabulous historic buildings - this was the home of artist Alfred Palmer from 191 till his death in 1951. 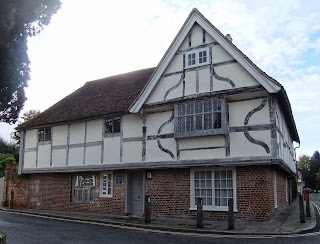 I really like the brickwork at the roofline on this next building, which according to its blue plaque was the home of  John and Gregory Blaxland who lived here between 1769 and 1806 in between exploring Australia. According to wiki "The government promised them land, convict servants and free passages, in accord with its policy of encouraging 'settlers of responsibility and capital" (not like the other settlers who had made the mistake of stealing a loaf of bread then.) 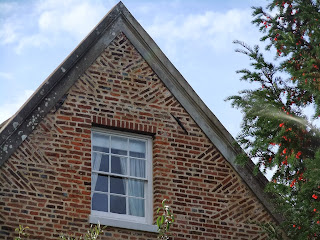 This next building, unbelievably, is the Town Hall. It's closed for the winter but has a ducking stool and is registered as a wedding venue (at which presumably the ducking stool is not used). 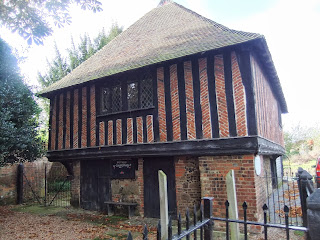 Th other pub - the Fordwich Arms - look at the chimneys! The window brickwork is great too. 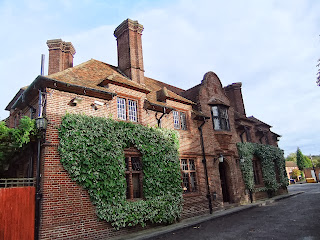 I loved this little cottage next to the church, not sure how I would feel about graves next to my window but then I took a closer look... 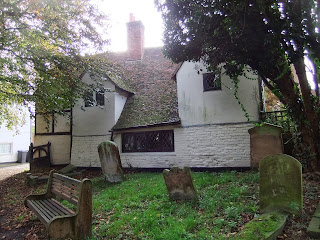 I don't think I've seen tombstones with skulls before, aren't they wonderful? 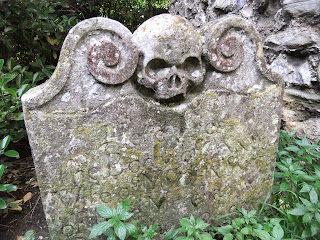 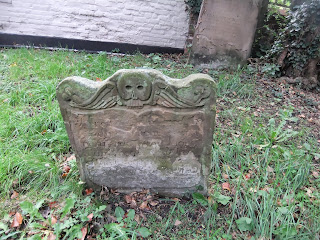 One last architectural gem, look at the way these windows are leaded. Beautiful. 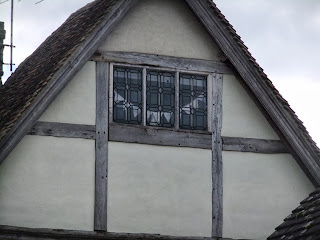 Posted by Heather Leavers at 19:09

The skulls mark the graves of pirates. Fordwich is where the river narrowed. Fordwich has rich history in piracy, villains and witchcraft. Some lovely pictures.

Thank you - if that's true, it's fascinating! I wonder if pirates considered that a mark of honour or of shame?