Where did the summer go? 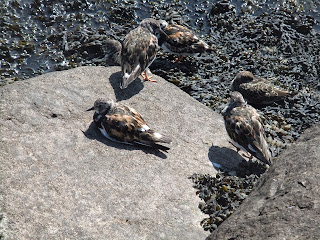 My poor blog - so neglected! But looking back at just a few photos, I can see why - I've been living, not blogging! Lots of walking on the beach and bird-spotting (the little cuties above are turnstones).

We've been to lots of local events, big thanks to Herne Bay Promo Team for giving us such a great summer! 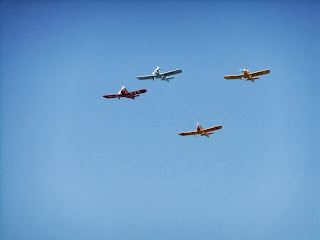 Went to see Coco and the Butterfields, for FREE, twice! 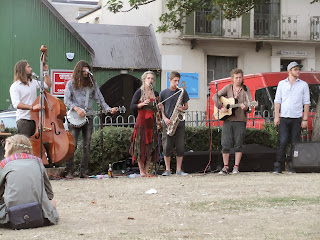 If you haven't heard them, I recommend giving them a listen. They have a bizarre blend of folk and hiphop, and tremendous energy.

I hadn't heard of Marcel Duchamp (sorry, I'm a philistine), but the festival in Herne Bay was great with lots of original work to enjoy. His local collection was that he sent a postcard to someone saying "I'm not dead, I'm in Herne Bay". Hmmm. 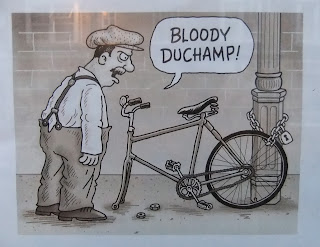 There were decorated bikes all over town, I liked this one because #1 it's knitted, and #2 there are CAKES! 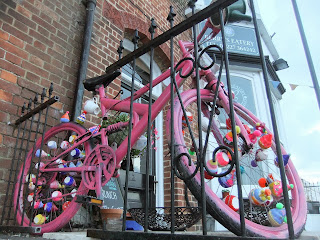 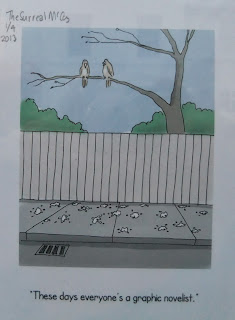 We've been enjoying the garden (and the sea view!) too... as was this spectacular moth. Don't know what it is (do you?) but it was beautiful, so fragile, almost like parchment. 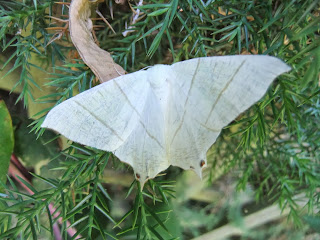 Somehow we found time to help our son and new daughter- in-law move house, with the assistance of their kittens. You saw the wedding pics, I hope? My dancing blisters are healed now! 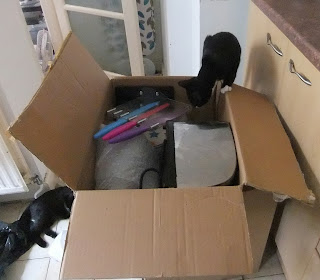 Then there was a torch procession and fireworks... 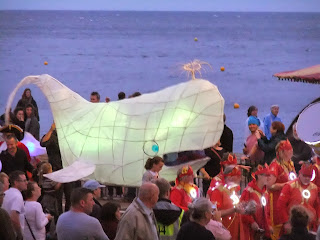 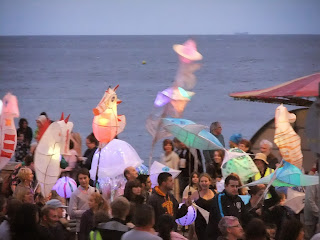 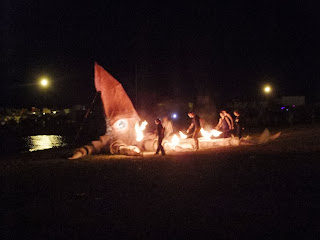 We sat on the slopes at Tankerton and watched the Waterski World Championship (I think!). No idea who was winning but my goodness they were fast. 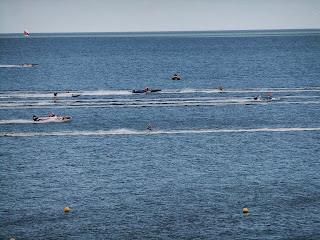 We also watched a lot of sailors enjoying the sea 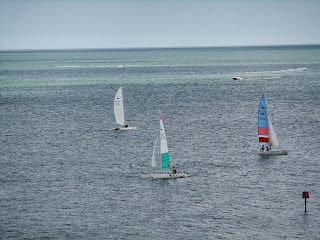 And of course we're still fossil hunting. Our collection of fossil sharks teeth now has around 150, but we have finally found two fossil fish vertebra after months of searching. 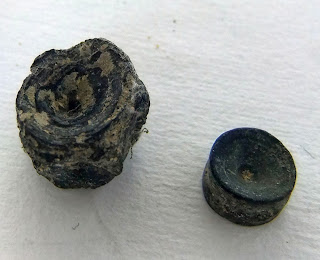 I found the first, and then MrNifty found the second one the next day. 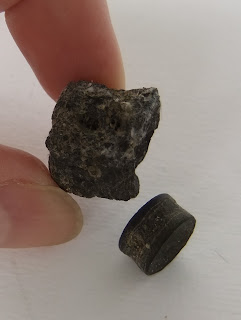 I found time to knit a ghostbuster! He'll be going to meet his actor friend with Barry next month, so there will be another photo of him in the fan section soon. 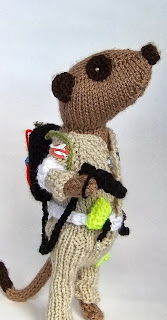 We'll be moving (yes, again) in the spring when our current lease expires, so thought we'd have a week in Bognor Regis, to see if we fancied trying living there. By the end of the week we've decided that Bognor itself isn't for us, but the outskirts look promising, maybe Felpham or Aldwick 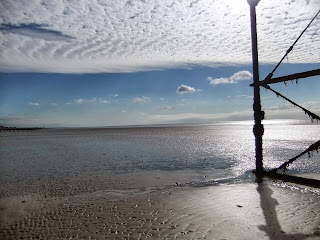 The clouds were amazing that day, there was almost a straight line. 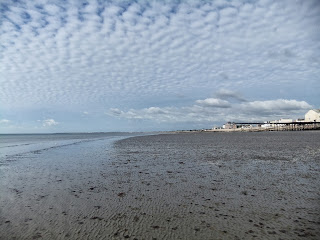 Big beaches - and yay, we found fossils!! Rotularia bognoriensis to be precise, fossil marine worms (I haven't suddenly become an expert, we saw some later in the museum!) 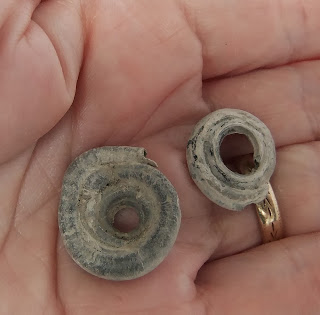 Bognor even has pretty street lights along the seaside! 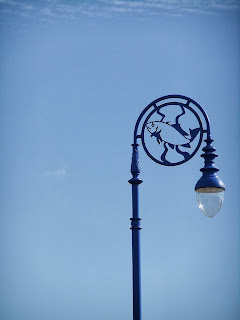 We had lunch at the Fox one day, where William Blake was arrested for sedition! We also ate at another local pub, the Thatched House - both made us want to move there NOW. 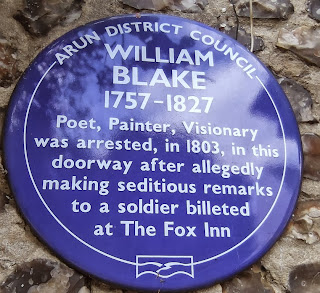 So that's just a little of what I've been up to during the last couple of months - how was your summer?

Posted by Heather Leavers at 11:36

It is much better to live then to blog. But living and then blogging is good.
It looks like you had a wonderful Summer.

Thank you! I shall speak to it by name next time it pops by ;-)