Nothing would persuade me to eat an oyster, but the Festival sounded fun!

The Festival website tells us: Today’s Festival is a relatively modern (1980s) revival of a festival from Norman times. Back then, when Whitstable was already an established fishing port, fishers and dredgers held annual ceremonies of thanksgiving for their survival at sea and the success of the harvest. Being practical, hard-working people, Whitstable’s fishermen held their celebration during the slack period and closed season for oysters. That’s why, even today, you’ll find the festival is in the summer, outside the season for eating Whitstable native oysters.

We arrived in Whitstable in time for the landing of the catch on Reeves Beach, entertained by Samba Pelo Mar while we waited. 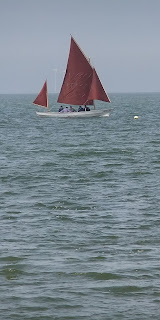 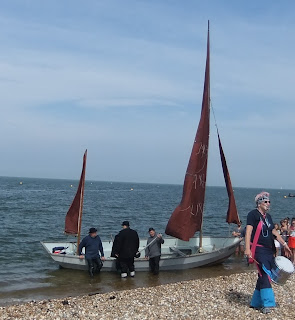 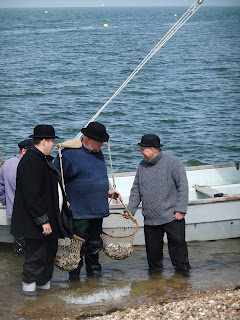 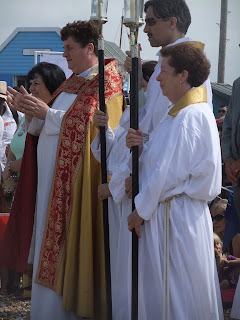 and then there was a procession into town for the delivery of oysters to the many businesses that sell them. Not to me I hasten to add, the very look of them is enough :-(

I enjoyed the parade though! 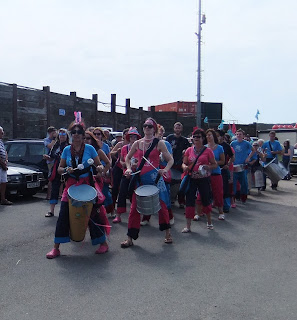 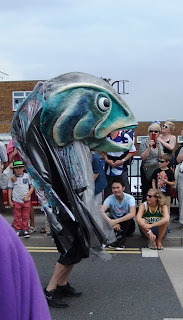 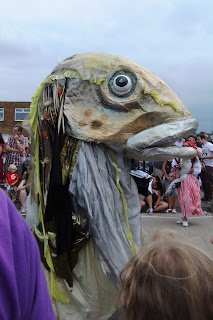 There were lots of local children dressed in an ocean theme and morris dancers - great fun!
Tomorrow there will be a "mud tug" which sounds unmissable.

Posted by Heather Leavers at 17:51

Wow, and I thought we had our festivals down here in Devon :-) Lovely to see yours too :-) x x x