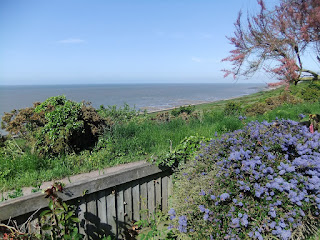 Many of you know that fossil hunting is pretty much on the daily agenda here, so I thought I'd show how easy it is (not!). The first photo shows where we're going. This is the view from the garden fence, the exposed shingle at low tide is the best place to hunt. It's only a high low tide today, not a low low tide when more shingle is exposed. Before we moved here I didn't even know that the tides varied, other than low and high, but today's low tide is only 1.4m as opposed to 2.5m later in the month. 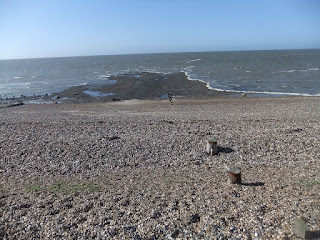 Here we are! Now it's *just* a case of eyeballing the shingle, best done from an undignified squat! We're looking for black fossil sharks teeth in a bed of black shingle. Easy peasy. When I spotted the first one I took a photo of it as I saw it, before I moved anything, but first I'll show you what you're looking for: 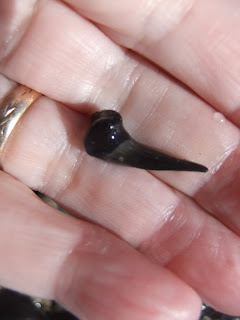 Now it's your turn to look for it! (You can enlarge the photo by clicking on it) 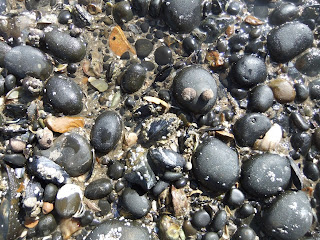 Got it yet? Same view, closer in: 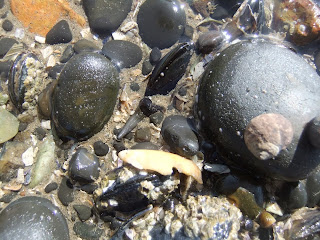 It takes a while to get your eye in, as you can imagine. What usually catches my eye is the extreme sharpness or the straight edge. On the better examples there is a Y shaped root but we didn't find any like that today. If you can find the next one I'll be impressed! Here's what you're looking for: 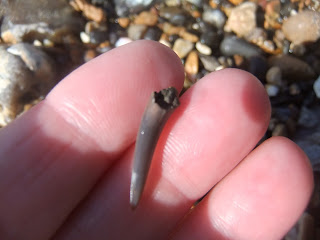 And here's where I looked: 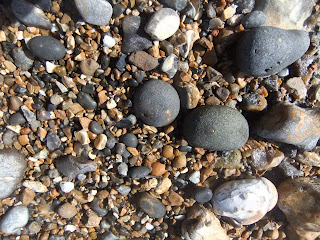 The fossil is towards the bottom, centre, in the photo above. Look for the round orange pebble 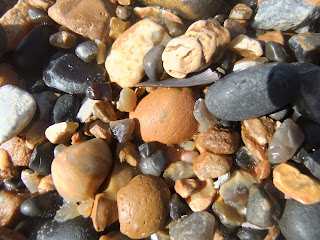 In the next photo there is "something" pretty much in the centre. I don't know what it is, but it has regular lines that make me think it is a fossil rather than just a stone. I don't know though, do you? 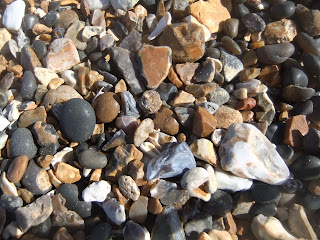 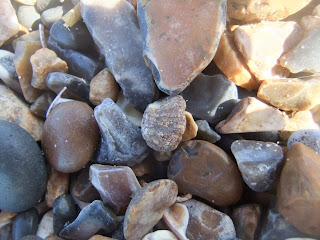 So these were today's finds. Not a huge crop, but we weren't out long, maybe half an hour. 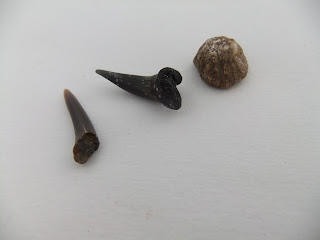 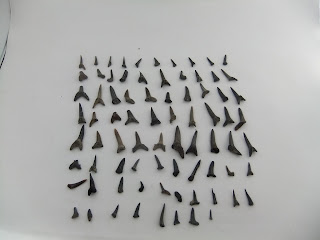 These two are my favourites. The bigger one is - well - big! It shows the Y shape I mentioned earlier, that's the easiest thing to spot. The other one is ridiculously tiny, I don't know how I saw it! 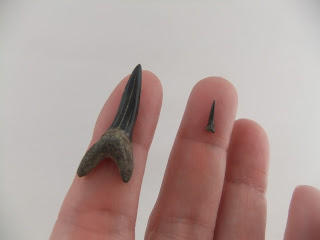 We found the next fossil on our previous beach between Pett Level and Fairlight last year. The area was a river bed, and these are casts of tracks made by crustaceans (I think!) 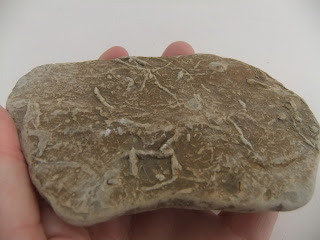 We've also hunted at Folkestone, it's HORRIBLE underfoot, clambering over slippery boulders, but we persevered. Apparently the hunting is better if you work right at the cliff, but I'm not keen on danger! We found casts of ammonites and bits of ammonites: 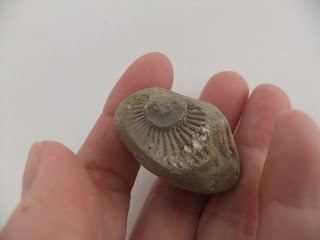 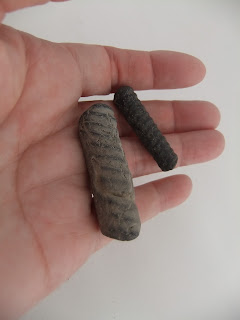 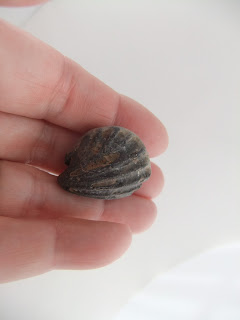 but my goodness we found lots! 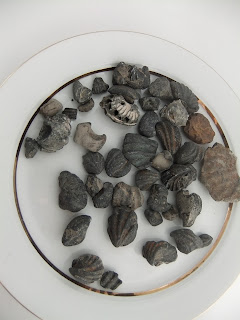 On another day at our local beach MrNifty found this excellent piece of fossil wood embedded in a stone. It started to fall apart as soon as it dried, so I soaked it in yarn stiffener! did the job, probably not the obvious solution if you're not a knitter. 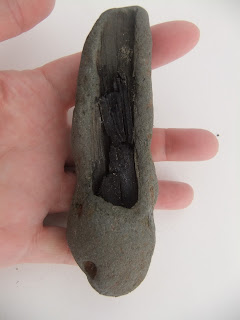 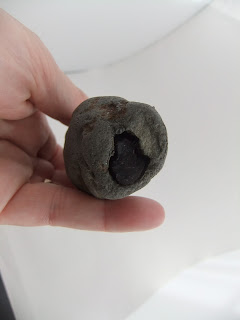 Last but not least - remember how paltry my seaglass collection was when last I showed you?
It's grown! 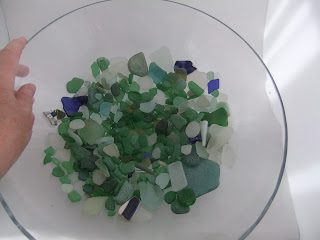 Posted by Heather Leavers at 18:53

I love seeing all of your wonderful collections! We don't find anything nearly as interesting on the Oregon Coast.