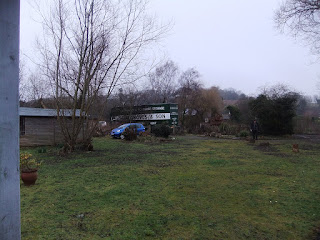 oooh look I can see the removal van arriving! 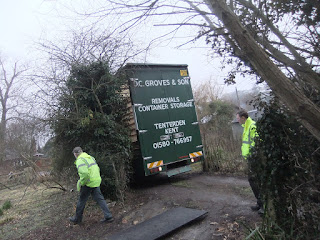 oops, better go let the neighbours know that the lane is blocked 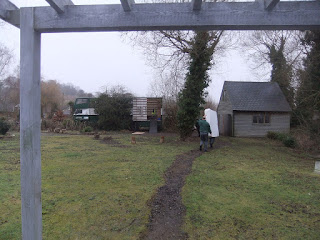 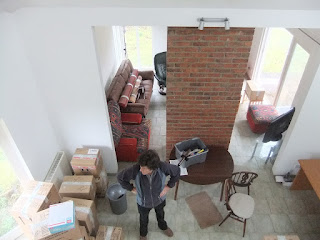 3 hours later the van had gone. Another half an hour and we'd been signed out by the letting agent and on our way to pick up the keys! Poor removal men had to hunt down a new neighbour whose car was blocking their way through, but we got there in the end. 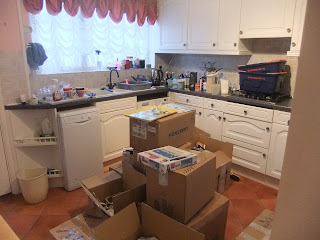 Our new kitchen. Those curtains came down pretty quickly! The boxes are still not all unpacked as I'm having to clean each cupboard first...want to see?

No, probably best not.

We've moved 11 times now, each time we've left a spotless house behind us and moved to a not-so-clean place. Surely karma has to reward us eventually?

Interesting that the sudoku was first out of a box! 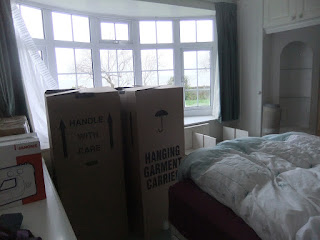 I made the bed as soon as I could, and took down the net curtain so we can see the sea from the bed - bliss!

Still got LOTS to do, but we're taking it slowly and enjoying walking on a new beach. That's what life is for, no point getting exhausted and grumpy just to unpack a few days quicker ;-)

The Meerkats have a new manor!!

Heather, from what I can see of it, your new home is fresh and lovely, and what a view! Would love to see it when it's all put to rights.

I don't know you well, but even I can see those kitchen curtains aren't you. :)

Congratulations on your new home!

Welcome to your new home!...I hope this is the last move you have to make for a while!...By the way, I love that Bay window, with the sitting ledge, in your bedroom. Oh, the reading and writing I could do there!! :-] Enjoy!!

LOL those curtains really aren't "me" are they? And Wug, there is a similar bay ledge with sea view in two bedrooms too, wonderful! I plan cushions...