Look what I've been doing this morning! 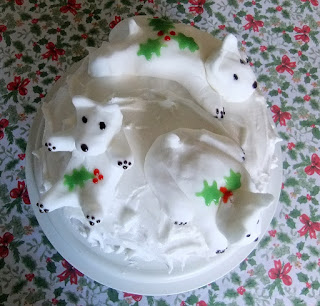 I made my Christmas cake months ago, they always improve by being stored and "fed" with a spoon of brandy every now and then. It's a traditional rich fruit cake, similar to Delia's recipe. I covered it with marzipan last week and today have rough iced it with royal icing to give a snowscape, and then used readymade fondant icing to shape three polar bears. I got the idea for the polar bears from this site but posed mine differently. 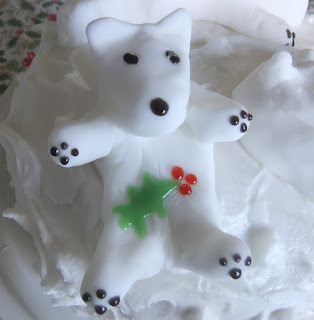 This little guy sprawled on his back is my favourite! 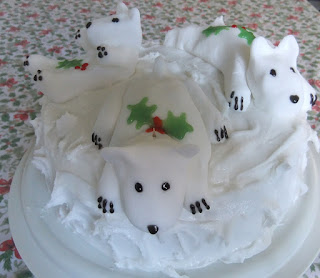 If you look carefully at the bear in the front above you might see I've had to skewer him through the neck! I wanted him to look as if he was about to slide down the side of the cake...and he tried to do just that! He'll stay in place once the royal icing has set firm though. 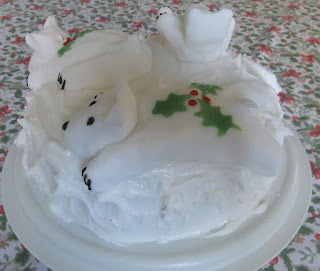 Next up - the mince pies. I always set aside the egg yolks left over from the royal icing to use in my sweet flan pastry, a favourite recipe which makes really soft and melt-in-the-mouth mince pies.

Posted by Heather Leavers at 11:35