Long, long ago in a galaxy far, far away there was a yarn shortage! 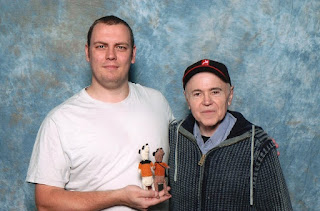 Barry (seen here with Walter Koenig and Data and Chekhov Meerkats) has a MeerTrekkie habit second to none, so when my local yarn shop told me that the "Star Trek command gold" yarn was discontinued, I told him of the emergency. I hunted around a few towns, but there was none to be found.

Some months later...a package arrived from Barry! No, it wasn't yarn, it was entirely the wrong shape. It was... a book!

Not just any book, it's a photo book detailing Chekov's mission: Kat Trek, the Search forYarn. 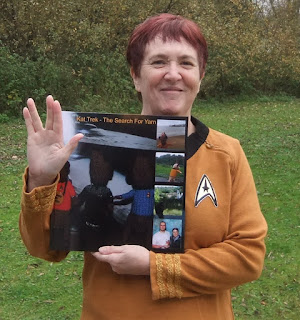 As I started to read, my laughter got louder. Barry channeled his inner-Chekhov very thoroughly, the whole book is written in the broken Russian accent known so well by Original Series Trekkies. 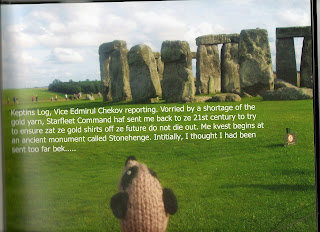 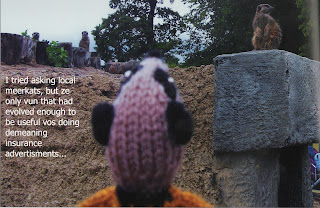 Chekhov bravely went to London and tried to use the transporter at Oxford Circus. The instructions were confusing. Standing on the right did not achieve transportation. 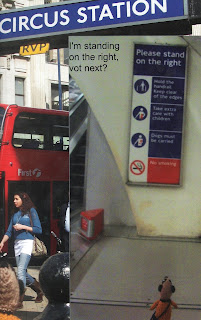 but the correct yarn was not discovered no matter how he set the tricorder.

Eventually I realised there was only one answer, and knitted Captain Benjamin Sisko, The Emissary to the Prophets. He consulted the orb of Prophecy and showed me where appropriate yarn might be found. He also suggested this was a job for a man, not a boy (sorry, Chekhov) so Captain Kirk boldly went on the next stage of the away mission. 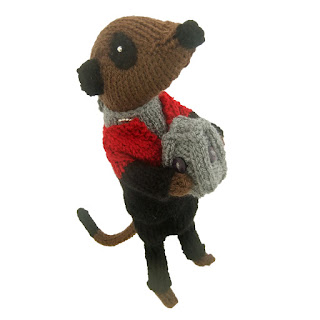 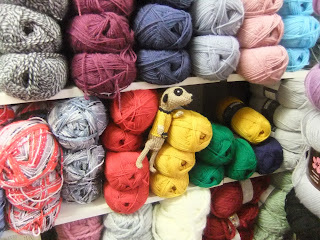 You made me a very happy knitter indeed! Live long, and prosper.

You wouldn't believe it - but there was still more in the parcel.
A photo of the lovely Nichelle Nichols, signed for me with my name on it!!! 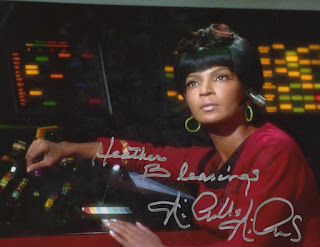 I have shared only a few of the 42 pages (it *had* to be 42, didn't it? answer to life, the universe and everything!) but if you've had fun, go find Barry on twitter and tell him! @CoachDriverBaz

MeerTrekkies are of course available in Etsy and Folksy, and if you take yours on adventures I would love to hear about it!!

Posted by Heather Leavers at 12:04

Rofl (not literally, haven't mopped yet) what a great book:). Can't believe they discontinued it, you'd think they would know better.

What a brilliant book! Barry is a genius. Great photo of you too.
xx

That's the kind of thing that brings a smile to your face. Thank you, Barry, for your wonderful fandom, and thank you, Heather, for sharing this lovely book with us.
~Sunfire