You’re never too old to learn, so they say – but then they also say that you can’t teach an old dog new tricks! I was very pleased to be offered a chance to review some knitting books, and wondered which cliche would be most appropriate for this first book: 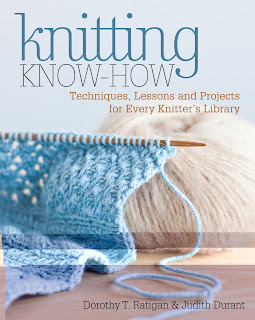 I would like to point out that I was given the book in return for writing a review, but my opinions are genuine.

I knew I was going to enjoy it when I read the introduction “No disrespect intended, but Judith likes to say that each bit of Dot’s information is stored on a sticky note in her brain; you never know which sticky note may fall out at any given time, and there’s no way to easily access the one you want […] Judith caught Dot’s sticky notes as they dropped.”

The book is subtitled “Techniques, Lessons and Projects for every knitter’s library” and I must confess that my first thought was to wonder what new tricks they’d be able to teach this old dog!

I was taught to knit as a small child, getting on for 50 years ago, and have been selling my knits for around  5 years now. I don’t use commercial patterns, and haven’t yet written my own patterns down. Partly this is because I didn’t know how to describe many of the techniques I’d developed – but thanks to this book, I now know that in knitting, as in life, there is nothing new under the sun!

The writers clearly describe a range of stitches and (more importantly perhaps) tell us WHY each technique is valuable. As an example, I needed a tighter stitch in places so starting knitting through the back of the loop. I now know this is a “twisted knit stitch” (and not my invention!) 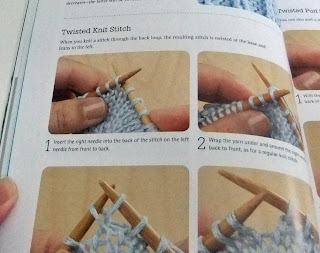 I was taught to cast on by my grandmother in the “knitted cast on” fashion. Over time I adapted that to what I now know is the “cable cast on”, because it gives a tighter edge. The writers describe around a dozen different ways to cast on, and explain which are most useful for different projects. Clear “work in progress” photos illustrate each method.

Already I’ve found lots to learn! The book isn’t just for the experienced knitter, however. When I taught my own children to knit there were frequent cries of “it’s gone wrong” so it’s good to see a section on fixing mistakes, again clearly illustrated with photos.

The book reminds me of the Tardis, there is far more inside than I’d have thought possible. Cables, fairisle, mosaic, knitting with beads, following patterns and charts, altering patterns (eek!) and finishes with a selection of gorgeous patterns to use your new skills. 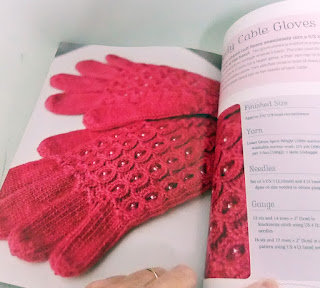 I flicked to the “knitting with beads” section, thinking to myself that I know how to do that, I knitted a beaded bookmark from a chart in a magazine last year. Pride comes before a fall…! It turns out I learned just one of several ways of beading. What I like is that the writers don’t just show the methods, they show which is most appropriate for any given project. I’m particularly taken by a method of adding different numbers of beads between stitches giving an undulating design that I think would look great on Christmas tree baubles. 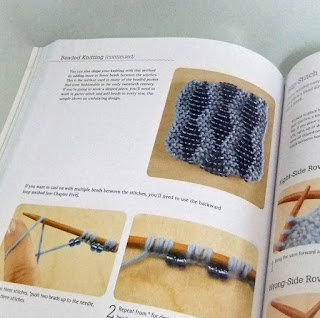 I could go on and on…but I won’t. Neither will I be giving this book away! For me, the only thing that is lacking is something that I’m not sure is even possible, what I’d call a “reverse index”. I mentioned the “twisted knit stitch” above, that I developed to tighten my work. Until now I didn’t know other knitters did that, and I certainly didn’t know what it was called. I did, however, know I needed a stitch to do that task – and that’s why I developed it. So maybe there could be another way of indexing, a way to find solutions by searching under what’s needed? A google-for-books, as it were! 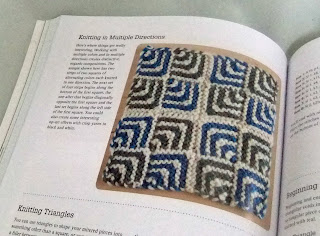 All in all a great resource which will be a real help to me when I finally write out my own patterns, and I’m sure I will be referring to it again and again. If you're tempted, check it out in the link below:

Posted by Heather Leavers at 12:02

Looks like a good book...if you care for knitting. I know how to...and will do it for certain rare projects, but I'm all about the crocheting these days! :-) Thanks for sharing though. It's good to know that there are still good illustrated yarn books out there!