Many many moons ago I studied English Literature A level, and King Lear was one of our set texts. Little did I realise way back then that one day I would be commissioned to knit the noble king - meerkatted! 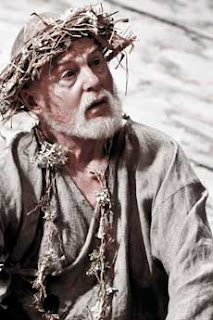 He's now on his way across the pond to his new home, but I begged leave to share him with you, along with a few of the quotes I learned so many years ago to sprinkle into my essays! 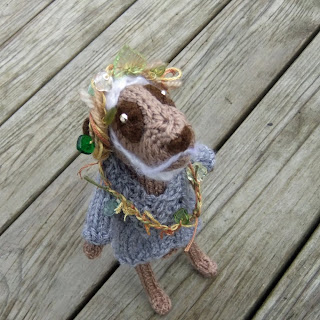 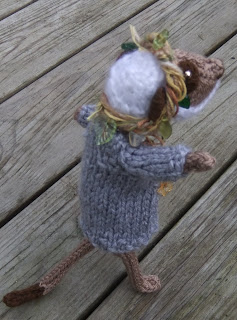 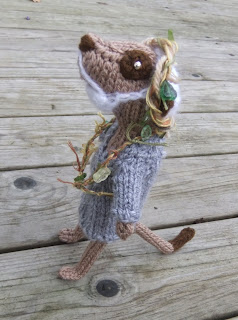 I liked this quote as I'm often guilty of not stopping soon enough, but keeping on and on trying to improve something that is fine already!

For Lear's coronet I used strands of embroidery floss and knitting yarn, some plaited, some woven, with a few autumnal leaf and bloom beads threaded through. I deliberately added in some "loose ends" to add to the rustic appearance and illustrate the unravelling of poor Lear's mind. 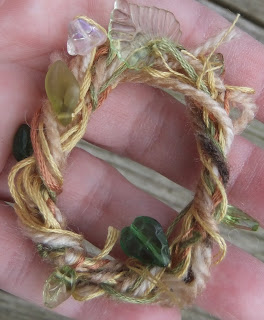 Many thanks for such a fun commission!
Posted by Heather Leavers at 19:02

I am in awe! Speechless. I bow to your knitting genius!!

I am slightly lost for words. Except to say that is brilliant.

WOW! your knitting is amazing. At first I thought you had knitted an outfit for your dog. I was trying to figure out how he could see. Then I realized it was a doll. Silly me!
They are very cute.

You are really an exceptional knitter, hands down! You did an excellent job knitting this cute creation of yours. Nice quotes too, thanks for sharing this wonderful post!

Thank you - it's such a long time I'd forgotten Lear, he really did turn out pretty well!