We were in Brighton last night, to see Tim Booth at the Komedia. We had a very special reason - our son, Dan, is part of Tim's tour line-up playing keyboards and sax.

Their set started surprisingly - instead of coming on stage, they processed in to "As far as I can see"...and being short, I couldn't see that much! You might be able to make out Tim in the hat, but naturally I was focussed in on Dan, in stripy top and waistcoat on the right playing a weird-looking harmonica (click on photos to enlarge) 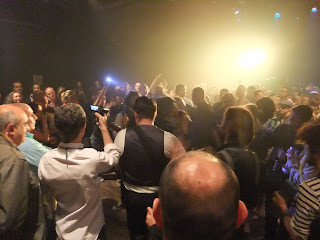 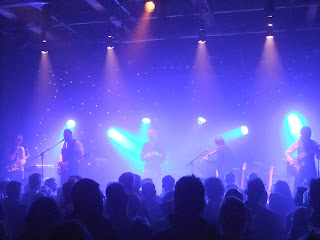 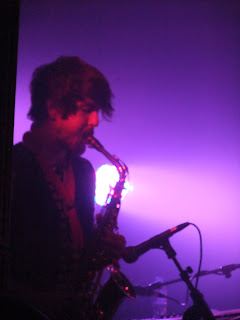 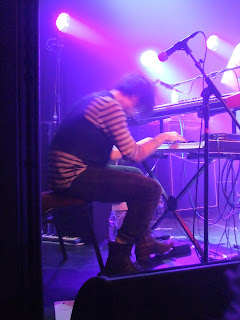 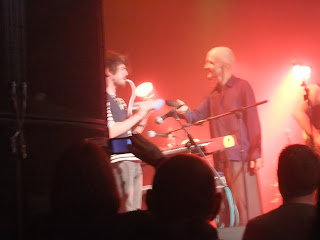 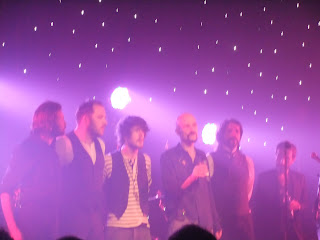 Tonight they're in London, and then fly out to Greece. We're very proud of Dan for "living the dream" as a professional musician. Knowing how insecure I was at his age (26) it's great to see him so confident working with these guys - so much older, so much more experienced. *proud mum glow*

I'll end with two clips from youtube - one of Tim's tour band (yes, with Dan!) rehearsing, and the other of the support band Unkle Bob who we also enjoyed - thank you!

Tim's album is available of course click here - I was singing along by the third playing on our way home!

a proud mum moment indeed, I hope to be able to post similar in a few years, oli, my youngest is a drummer, still at uni but hoping to form his own band.

oh good luck Joy! All those years of driving to lessons and listening to practice... :-)

great stuff, love the track and the video, you must be super proud for sure :D

It's a wonderful feeling isn't it - am not sure "proud" is a strong enough word! Am currently watching my two youngest doing similar things as they have been for 6-8 years, and we have a background of similar as they were growing up, in three areas of arts. x