The trials of the changing room

Finally Graham had samples from The Nifty Snail Cozy™ range to try on.

Graham had admitted he was a football fan and is (of course) a Shelsea supporter, so Nifty made him a useful cozy with jingly bells (well, it's not easy holding a football rattle when you don't have any hands). 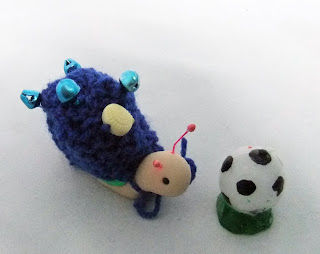 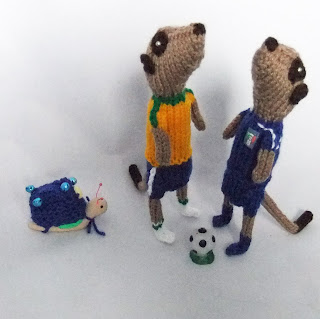 Graham is also very fond of parties so he tried a cozy that would really get him noticed. He wasn't entirely sure it was quite *him*, maybe it was more Maud's style? 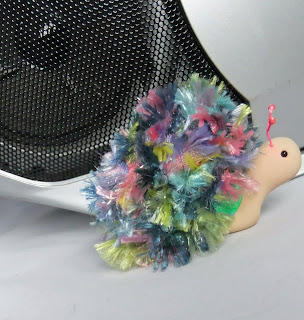 Graham had mentioned that he might go to the coast on his travels, but was very worried about the seagulls. His lovely green shell would make him a tempting target.

Fortunately the Nifty Snail Cozy™ range includes cozies for every eventuality. Look closely at the next photo - it's quite uncanny how well-disguised Graham can be! 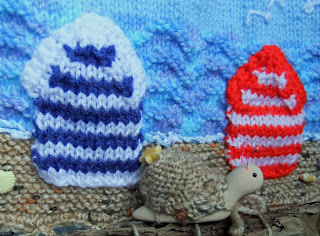 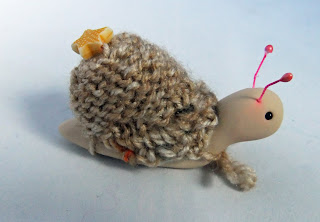 After the rigours of the changing room Graham needed a lie down before his journey home - enjoy your adventures Graham, we'll miss you! 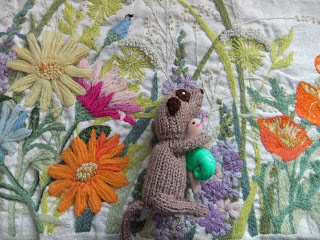 Keep up with Graham's adventures on his facebook page and of course don't forget Niftyknits welcomes commissions - you name it, I'll knit it!
Posted by Heather Leavers at 10:42

Email ThisBlogThis!Share to TwitterShare to FacebookShare to Pinterest
Labels: graham

What a fab range of shell cosies Graham has now!

Oh what a gem is Graham. so enjoyed the visit story. Wonderful range of Nifty hats too!

That last picture should be a postcard, really. Or the new official Folksy advert!

What a lovely thing to say, lisbonlioness, thank you!

Oh I love to see and hear his adventures! I have been following on FB for a while now. :)
And you made him such lovely shell cozies - he is the most fashionable snail around! :)