Another package through the letterbox

Today is the day we expect Graham for breakfast, so you can imagine we were all avidly listening for the postman. (If you're not up to date with the adventures of Graham, check back for part 1 part 2 part 3 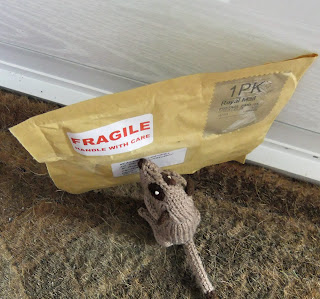 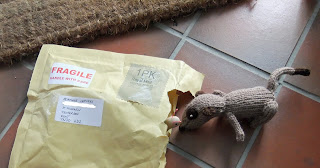 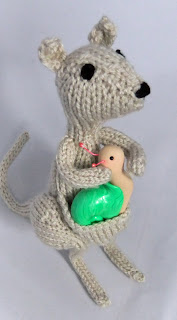 Graham was a little shell-shocked and not very steady on his foot after his journey, so he hitched a lift to the breakfast table. We'd been told he liked scones, but when he saw the porridge he decided that would make a nice change. 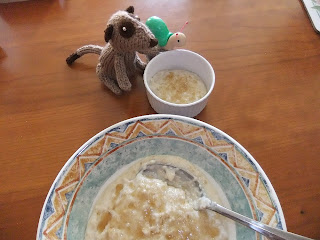 After breakfast we got down to millinery.

Graham had already said he thought the prototype hat was rather pointier than called-for, and as you can see he wasn't wrong! 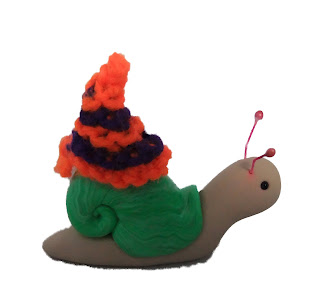 The meerkats found a hat that was definitely larger 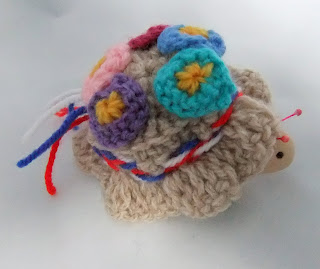 but its owner discovered her Easter bonnet was missing and wanted it back! 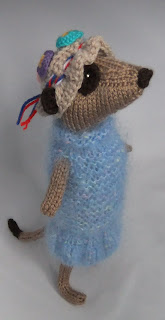 Graham is a decidedly masculine snail in any case, so he wasn't really in the market for floral accessories. He did rather like the colours of the prototype though, he's not a shy and retiring snail. Nifty got to work and came up with a larger version. 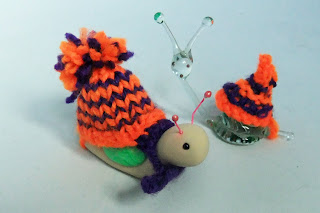 Graham loved his new Hi-Visibility Nifty Snail Cozy™ but wondered...as he was here...maybe...possibly...there might be some other cozies for days when he wasn't wanting to be *quite* so visible?

So while Graham practiced watching out for traffic, Nifty got to work. 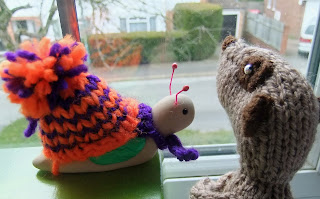 Posted by Heather Leavers at 10:00

Well, Graham looks very smart in his stripy hat, I love the bobble!