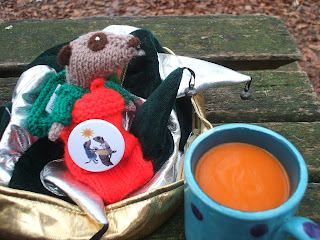 Yesterday we drove over the border into Sussex to Cuckmere Haven - we had a picnic! SuperZibbetMeerkat refused to come out of the camera cosy, it really was chilly.

You know the old saying about not pulling faces in case you get stuck like it when the wind changes? Well, the wind is always from the sea here. And I guess the trees pull faces... 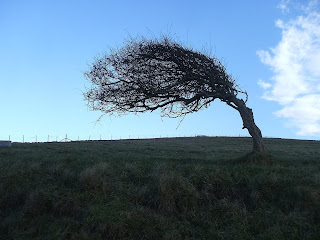 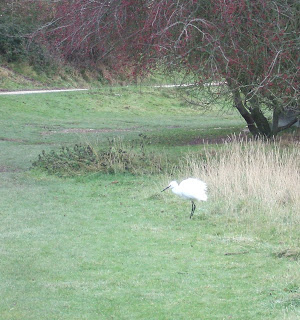 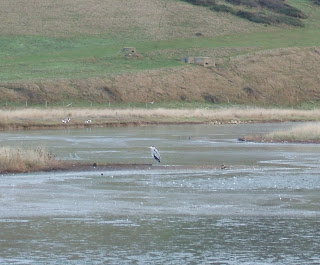 The heron was being mobbed by seagulls who presumably thought he was on their turf, they kept flying at him but all he did was duck his head each time.

We heard a weird swooshing sound and looked up to see a swan flying over our heads - I had no idea their wings made a sound!

The sun on the sea was stunning... 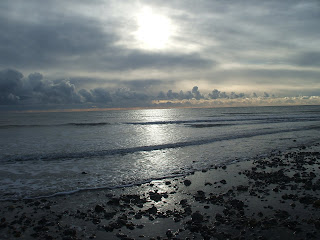 Looking across to Seven Sisters, we wondered why the cliffs were so-called. It turns out they're named after seven sisters who each had a house on the separate cliffs. 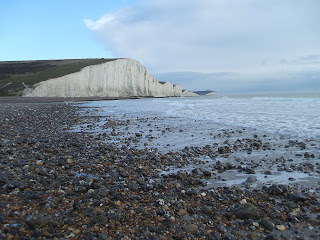 Finally, the meerkat decided he'd try his paw at cliff-climbing. The cliffs here are similar to the famous White Cliffs of Dover further along the coast, but have horizontal layers of flint making handy paw holds. They're MUCH too dangerous for people to climb with regular landfalls. 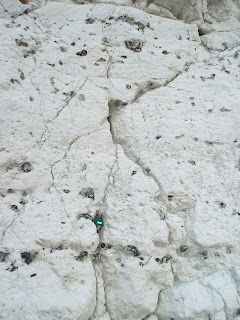 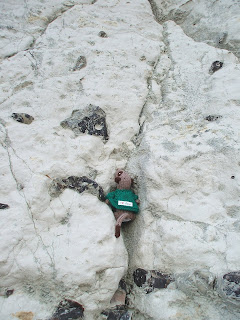 While we were visiting my mother before going home again there was about 5 minutes of snowfall...and our 90 minute drive home took three and a half hours! ouch!
Posted by Heather Leavers at 15:09

Lovely weather for a picnic - where's your snow?! We have quite a few trees like that one round here too.

I love Cuckmere Haven and the Seven Sisters; it is a really beautiful part of the world and was once a famed spot for wool smuggling.

However the intrepid activities of smugglers in yesteryear pale in comparison to your brave meerkat, scaling the sheer cliff faces!

What a fun adventure...and beautiful pictures.

Little Egrets
Have you seen these before!!
http://bramleycards.blogspot.com/2010/07/little-egret.html

Sue that's gorgeous, I had no idea there were egret FLOWERS!