International tips and tricks - what's yours?

If you're selling online, you're probably dealing with people in other countries (and if not, why not?...but that's another conversation!)

So - I'm hoping we can build up a list of tips to help each other.

I'm in the UK - when I first started, I listed measurements in centimetres, because the UK went metric ages ago and it's only oldies like me who still think in inches! I was amazed to learn that the US *does* still use inches - so it's a good idea to state the measurements in both systems. Tape measures/rulers generally have both, so it's not too tricky.

Some folk like to use an item for scale - my pet peeve is when sellers use coins. Seriously, I do not know the sizes of American coins, so it doesn't help me. 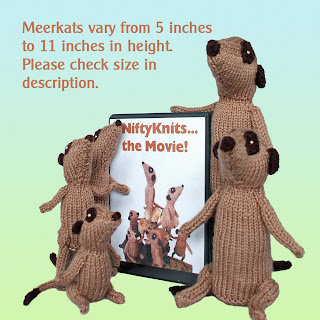 I took a photo of my meerkats all standing next to a DVD case in the hope that would help, I've also seen people using tealight candles and pens, both of which work for me.

Shoe sizes, clothing and even ring sizes also differ between UK, US and Europe - calculators here.

Holding your item in your hand also works well, or photographing next to an attractive ruler or measure - my tatty old fraying tape measure would not be a good inclusion!

Again, when I started I was often puzzled by the numerous Etsy Forum threads claiming that the jewellery market was overcrowded. If you've spotted my spelling of "jewellery", you'll know why I was confused - I was putting the English version in search, but most sellers were using the American spelling (well, it *is* an American site!) I've just checked today's search - JEWELLERY gives 55896 results, JEWELRY gives a massive 2,198,969!

My advice - use both spellings.

For the same reason, I tag with "collectable" AND "collectible", I can't even remember which is which now, but one is the correct UK spelling, one is US.

Mis-spellings are also worth trying. I tag the correct spelling "meerkat" and the incorrect (but often used) "meercat". I've had messages about my "mere cats" and "mice", so it's important to think about what people might putting in that search bar. I don't tag "mice" though - 'cos they're not.

I try to avoid using my bright pink yarn... it might be fuchsia, fuschia, fucshia ...I give in! The thing is, it isn't just a case of checking for the correct spelling - because you don't know which version your potential buyer is going to put in the search box. Use as many versions as you can!

I've often heard of people removing all their scarves (for instance) when winter is over. Internationally though, some people are just starting to look for scarves at the time I'm putting mine away.

Are you always ready for international holiday marketing? I know I'm not! 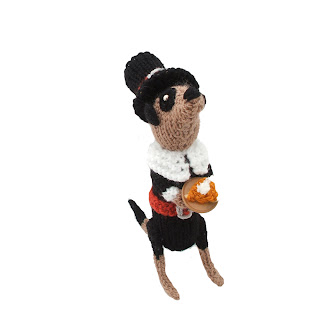 Thanksgiving always catches me by surprise, and every year I end up asking what Black Friday is all about. I found an online holiday calendar which I've bookmarked. Even Mothers Day is on different dates in different places!

YOUR TURN! It would be great if you could add your own tips and tricks for international selling in the comments, feel free to link to an example if you wish! (All comments are moderated so don't worry if it isn't showing straight away) Thank you!
Posted by Heather Leavers at 10:13

Add your location: it will make clear where you're shipping from and avoid people asking for their purchase after just a couple of days if it has to be shipped overseas.

I'm slow on english and american spelling, just added jewellery to my tags as well :-)

Excellent advice thank you, the spelling of jewelery particularly is a good one. I sometimes try to schedule tweets of new listings overnight so that people in ither time zones see them.

Hmmm, I'm not sure if I have any new ideas, but I wanted to say: Great article!

Using coins for measurements really annoys me too, that just doesn't mean anything to anyone from another country.

Holidays in different countries always throw me. Both the US and Canada have Thanksgiving but they are in different months. Also Canada and the UK have Bank Holidays and I'm not entirely sure why or what that means!
Great post!

You see, this is why discussions like this are useful - it would never have occurred to me that "bank holiday" wasn't international! It's a public holiday, all shops/businesses/banks are shut - except these days, some shops generally stay open! http://en.wikipedia.org/wiki/Bank_holiday

Linda Lou and Senor, Too said...

This is pretty eye opening, a lot of things I had not thought of. Tagging is especially interesting. I wonder, for example, do people in France, tag in both English and French? I am in Mexico and am considering adding a few spanish tags, but does anyone have any thoughts on this? Would it be worth a try? I do always add my location and that is an excellent idea.
I would love to hear more thoughts, ideas, suggestions on shipping!! Great post, mil gracias!linda lou

I add french color words sometimes - if not many others do so, it's worth it just for the odd occasion when someone just might search the word.

I'd love to share this advice and feature your shop on my blog. The whole international thing has always been a mystery to me. Although I did make sure I included metric and English measurements on my listings, I had no idea there was an alternate spelling for jewelry. Thanks for the great advice!!

Go for it Karen, thank you!

Thank you as an Etsy seller in the UK for such good tips. I'll remember them when I next list in my shop (janeeborall)

That's such wonderful information to know with the different spellings. I never thought about it. And yes, different measurements help and I don't like coin measurements either. I'm interested in learning more about international shipping. It sounds more complex with customs and duty and such.

Aloha, I don't think it's too complicated. Customs duty is the responsibility of the buyer. From the UK I fill a small form - choose between gift/commercial/documents/other (it's always other), give a brief description (knitted mascot in my case) give the value and sign and date it. My post office gives me dozens of the form whenever I ask, so I can complete them in advance.