First of all - I'm sorry! I know I've been neglecting my blog, but I hope you'll agree it's been worth it. I've been busily updating and restocking all my Trekkies, and adding a few new ones. Why? Well, because it's been Star Trek weekend on TV and I've watched ALL the old movies. I am officially all trekked-out...at least until the next time.

Without further ado then...here's the Next Generation! 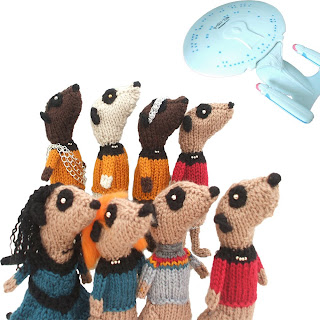 Data has had an upgrade, I found some yellow shiny beads which look much better as his unusual eyes. Geordi's visor has also been upgraded - and young Wes is just adorable!

Seven of Nine has also been upgraded - I think you'll be able to spot her new "attributes" in the Voyager team photo: 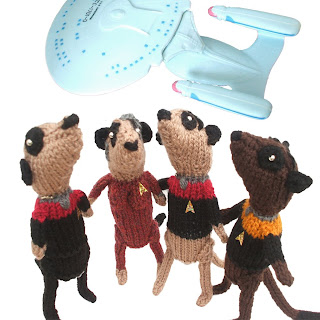 Chakotay is certainly showing increased interest in her new "staff profile" but Janeway and Tuvok look less than impressed. 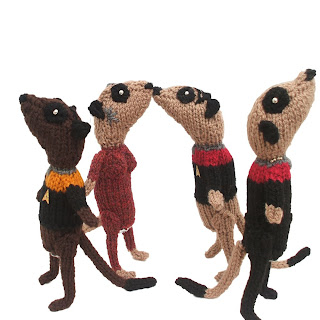 Still just two Deep Space Nine Meerkats, Kira and Dax (so much yarn, so little time...where have I heard that before?) 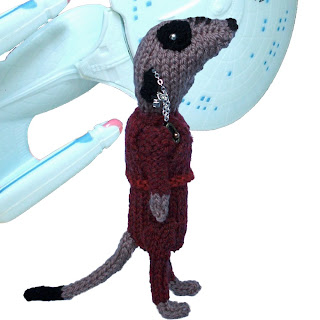 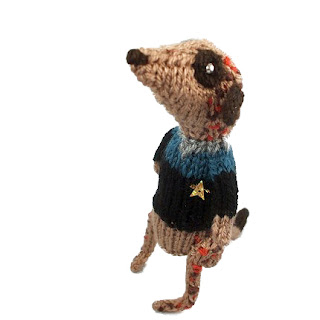 I'm an old-school Trekkie at heart though...so I'll leave you with my Original Series Meerkats. Live long and prosper! All *20* Meerkat Trekkies available from my Zibbet store. 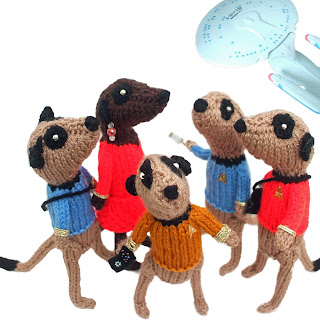 Posted by Heather Leavers at 17:38

I totally love your trekkie meerkats! I am a big fan.

AWESOME! Love them all! Now if only I could win the lotto I could buy them all!

Thanks Dorothy - and Sassy, if I win the lottery, I'll send you both a crew!

I'm not a trekkie but I love these! So much so that I had to feature them on Cuteable :) http://cuteable.com/