Well, maybe not strictly speaking freeganism as there were definitely no waste-bins involved - more of an attempt at foraging.

One of our regular walks takes us through an abandoned orchard. Kent, our county, is known as the Garden of England and used to be a major apple producer. Many of the orchards are now housing estates :-( but this one has a footpath running through it and appears to have been neglected for years.

The trees haven't been cared for for a long time, are moss-ridden and unpruned. 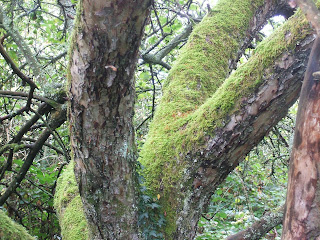 Yet still they continue to produce fruit, much of which lies underfoot. 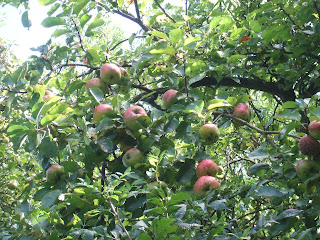 It's quite odd to walk on a bed of apples. At first you try to avoid them, but it's not possible! It's almost like bathing in cider, the smell is very strong in places. 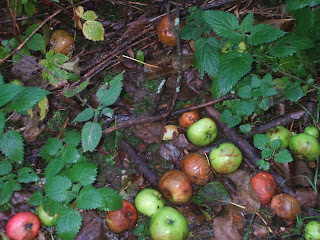 Nature in her wisdom has entwined brambles between the trees, so we were able to pick not just apples, but blackberries too! 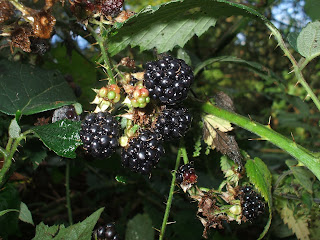 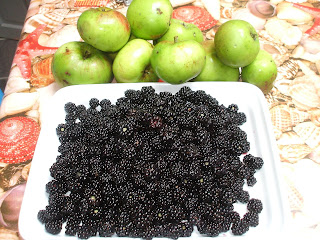 I made three crumbles. 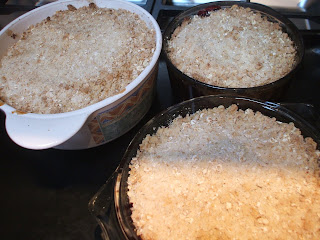 One for last night, and two for the freezer. This recipe is similar to mine, but I like to replace half the flour with porridge oats, it adds texture and flavour. 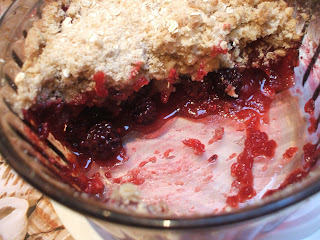 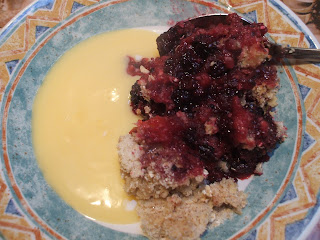 Posted by Heather Leavers at 10:37

Wow, what a lovely find on your walk, so hungry now looking at that crumble - yum.
Em.x

ooooh....your crumble looks delicious. I bet it was sort of dreamy walking through the abandoned orchard.

I am always amazed to see people in the supermarket buying blackberries when just round the corner they could pick them for free. We are lucky my in laws have several apple trees at the bottom of there garden, so we get the high up ones they can't reach for free.
There really is only one pudding to have at this time of year and yours looks yum.

We put weetabix in our topping instead of oats - makes it taste very yummy :)

What a wonderful walk, I'm so envious! yummy looking crumble too :)

Ohmigawd that looks delicious. I'm coming over. I'll be there in...wait, why won't Google Maps give me driving directions between Chicago and Kent County England? Maybe I can walk...

yum! I wish i could taste it! I thought you couldn't cook??? The photos belay that!