The Chattri at Brighton

I love geocaching! My GPS has taken me to all sorts of places that I'd never heard about, many of them right on my doorsterp. This was a bit further afield, but who'd have thought there was a Chattri nestled in the Downs above Brighton? 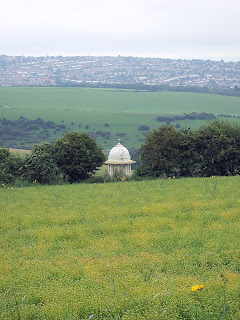 Like me, you're probably wondering what the Chattri is. The Chattri (which means umbrella in Hindi, Punjabi and Urdu) is a monument dedicated to the Indian Soldiers who died in the First World War. 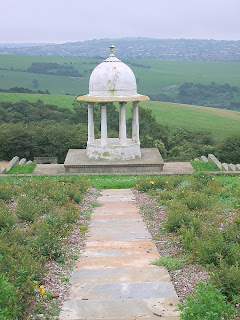 "The fifty-three Hindu and Sikh soldiers who died in Brighton were taken to a peaceful resting place on the Sussex Downs near Patcham for cremation, after which their ashes were scattered in the sea, in accordance with their religious rites.

The Muslim brothers in arms, totalling nineteen, were buried in a purpose built burial ground near to the Shah Jehan Mosque in Woking. Built in 1889, the mosque is the oldest of its kind in north-west Europe." www.Chattri.com 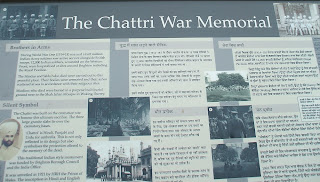 I should perhaps add that the geocache task required me to read the information board at the site and then leave the area to find the cache. I was interested to see the monument and to learn of the history, but I believe it is always important to respect the beliefs of others and wouldn't want to be disrespectful.
Posted by Heather Leavers at 12:16